Aluminium oxide is used in high temperature furnace as heating furnace and soaking pit, which is also used in sealed materials and filling material. It is also kind of reinforcing fiber, which could be used as brasque for furnance.

Aluminium trioxide fiber is used in temperature insulating material and reinforced composite, which own property of prominent high temperature resistance and it could compound with resin, metal and ceramics to get high property composite material.

Aluminium trioxide is used as filling material, which is used as polishing agent in cosmetic, toothpaste and chemicals.Al2O3 is a kind of analysis reagent.

Activated alumina, there are many micro-paths, so the specific surface is large.
It can be used as absorbent, desiccant and catalyst carrier. It is also a kind of trace water desiccant
and the pole-molecular absorbent, according to the absorbed molecule polarization, the attachment
force is strong for water, oxide, acetic acid, alkali ect. Activated alumina defluorinate just as the anion exchange resin, but the selectivity is much strong. The defluorinate effect of the activated alumina is good. The capacity is stable. It has high strength,
low abrasion, no soften in water, no expansion, no powdery no crack. It can widely used in the deep drying of cracked gas,ethylene and propylene, hydrogen-generation, air separation, instrument air drying and fluorine treatment for H2O2, also in the absorbing pollution material, such as H2S, SO2, HF and paraffin in the waste gas, especially in the drinking water defluorinate.Molecular Formula Al2O3. N H2O (0<n≤ 0.8)

Features
A white or slightly red particle, ball-shaped or roll-shaped, activated alumina is insoluble in water and organic solvent, soluble
in strong acids and alkali, odorless, tasteless and non-toxic. 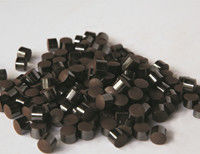