Zeolite NaY is the sodium form of zeolite with Type Y crystal structure, which is a kind of aluminosilicate of alkali metal. Because of its unique three-dimensional pore structure, it has been widely applied in the field of adsorption, separation, catalysis and ion exchange.
It is used in the production of Fluid Catalytic Cracking (FCC) catalysts.

* Packed with plastic woven bags (for powder ) or paper drums (for pellet and cylinder shaped zeolite) lined with plastics bag, net weight: 50kg (or customized as per customer’s demand).

* Passed by Certification for Safe transport of chemical goods.

* Prevented from moisture, rolling, sharp shocking, raining during transportation.
* Stored in dry and ventilated places, preventing from pollution and moisture.

Committed to high-end molecular sieve synthesis technology and application development, our company has grown up into a collection of independent R&D, production and sales, custom processing, technical services in one high-tech enterprise.

We have large-scale and considerable production capacity of 2000 tons molecular sieves per year, including catalysts, adsorbents, desiccant and new types of molecular sieves, widely used in environmental protection, medicine, health, food, mining, chemical catalysis, adsorption, separation and other fields. The customized products we produce have reached the international advanced level and the leading position in China. 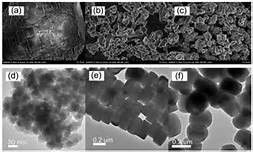